Peter Abbarno is a small business owner and attorney with Althauser Rayan Abbarno, LLP, Representative for the Washington State 20th legislative district; but most importantly, Peter is a husband and father. Peter lives in Centralia with his wife Holly (Hawes), a math teacher at Centralia Middle School, and their two children Sophia (5th grade) and Antonio (3nd grade).

In 2020, Peter ran for State Representative in the 20th Legislative District to fill a vacancy by long-time legislator Richard DeBolt and won the seat with over 71% of the vote. Peter serves at the Assistant Ranking Member on the House Capital Budget Committee, and serves on the Environment and Energy Committee and Civil Rights and Judiciary Committee. Peter was also appointed by the Speaker of the House to the Office of Civil Legal Aid Oversight Committee and Statute Law Committee. 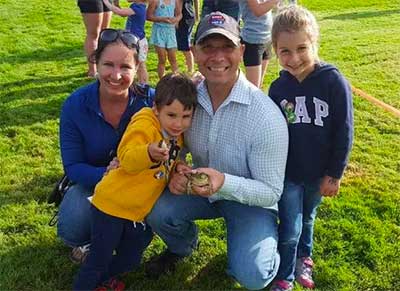 Peter and his family at the Toledo Cheese Days frog jumping competition. 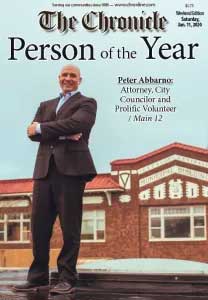 In 2018 and 2020, readers of the Daily Chronicle voted Peter as the “Best Volunteer” in Lewis County..

In 2020, Peter was honored to be named the “Person of the Year” by the Daily Chronicle editorial board and elected to the Washington State House of Representatives, garnering 71% of the vote in the 20th legislative district.

Peter graduated from the State University of New York at Fredonia in 1997 with a Bachelor of Arts degree in Political Science; earned a Juris Doctor from Vermont Law School in 2008; and earned a Masters of Law in Taxation from the University of Washington in 2009.

Prior to becoming an attorney, Peter volunteered, organized, and managed political campaigns, including being the Media and Policy Coordinator with the New York State Assembly Republican Caucus, Executive Director with the Vermont Republican Party, and Executive Director with the Washington State Republican Party.  After law school, Peter served as a Deputy Assistant Prosecuting Attorney in King County and staff attorney with the University of Washington Tax Clinic before joining Althauser Rayan Abbarno. 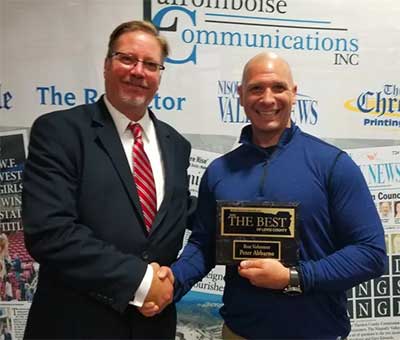